Many clients perceive themselves as independent thinkers, but when push comes to shove, they're likely to follow the crowd 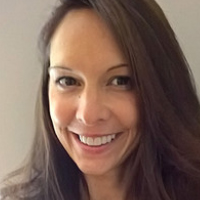 When We Buck the Consensus,
Our Amygdala Is Activated

When our amygdala is triggered, our body can release stress hormones and adrenaline in the brain. This can lead to increased heart rate, blood pressure, and breathing. You may experience a racing heart, shaking, sweating, and nausea as this happens. It can even cause painful backaches and back spasms.11

Have you ever struggled to make an investing decision, simply because it is seemed too different from the opinions held by your friends, even when you felt sure that it was the best decision for you to make? Don’t blame yourself for second-guessing yourself—that instinct is a biological response, rooted deep in your evolutionary design.1 It reflects an evolutionarily instinct to want to run with the herd as a means of safeguarding your own survival—and it’s an instinct that can make or break some of the most important decisions of your life.

We are, when it comes down to it, hardwired to herd—and when it comes to investing, it can seriously harm your clients’ investments. Let’s take a look at how you can help them successfully navigate these evolutionary instincts as a means of safeguarding their finances.

Running With the Herd

Legendary investor and CEO of The Baupost Group Seth Klarman once reflected on the powerful evolutionary pull of herding when he noted that “It is always easiest to run with the herd; at times, it can take a deep reservoir of courage and conviction to stand apart from it.”2

And he was right. In fact, many legendary investors out there—George Soros, Jim Chanos, Carl Icahn—have all made billions of dollars resisting the urge to run with the herd, instead relying on hard data to make exceptional returns. George Soros once made a $1 billion in just 1 day on September 17th, 1992, shorting the British pound.3 Chanos, as CEO of Kynikos Associates, made $500 million shorting Enron after concluding that the company was operating fraudulently.4 At the time, Enron couldn’t have been a more lauded or idolized success story, so by shorting Enron stock, Chanos’s move was hugely contrarian.

Warren Buffett’s consistent ability to buy when everyone else is selling, similarly, has earned him a place as one of the most successful investor in history. Klarman and his peers gained their conviction from a granular knowledge of finance and a courage to move at the right moment against the herd. Can we also help clients learn to resist the urge to conform as a way to maximize and safeguard their finances?

Running From the Herd

One of the reasons that Seth Klarman talks about the role of courage is because our clients’ brains literally register a kind of neural discomfort when they try to stand apart from the herd.5 That discomfort might not be something that they consciously acknowledge, but it nevertheless represents a powerful driver of their decisions, leading them to unconsciously opt for a herding-based investing decision. A study found, for example, that “when people did buck the consensus, brain scans found intense firing in the amygdala” and that people “go along with the herd not because you want to, but because it hurts not to.”6

The effects of running against the herd can also include explicit physical symptoms, one of which George Soros has learned to use to his benefit. Founder of the Soros Fund Management LLC, he once referred to a “joy of going against the herd.” He is famous for one notable quirk—recognizing that his painful back spasms are a sudden signal to move on large contrarian (anti-herd) trades. To other investors, this is a simple eccentricity, but to a physiologist, it is not eccentric at all. Soros is known for making huge multi-million-dollar trades, so an immediate intuition that market conditions had suddenly changed would signal the need to move quickly and aggressively against the markets—and against, consequently, his evolutionary herding instincts. This would cause the neural discomfort mentioned earlier, which occurs when there’s an overexposure of the stress hormones cortisol and adrenaline in the brain.

A hallmark symptom of cortisol and adrenaline overexposure? Painful backaches and back spasms.7

Clients’ evolutionary drive to herd is often hugely amplified by a phenomenon known as “excitation-transfer,” a biological process whereby emotions literally become contagious, leading quickly to an en masse euphoria-driven market upswing or crash. One researcher explains it in the sense that, “your dopamine system plays off my dopamine system. You buy, I buy, I worry about you, our systems become entrained.”8

Clients’ brains are even designed to signal a form of pleasure—recognizable as schadenfreude—when they observe a punishment of outsiders who contradict social norms.9 This plays out daily on social media, where comments that run counter to the crowd are shouted down and ridiculed. One poster’s emotions quickly are mirrored by others—“excitation-transfer” in full flower.

It goes without saying, then, that there are dangers of relying on Facebook friends and communities for financial advice. The hubris, entertainment-focused and fast-paced clickbait culture of social media ramp up dopamine production in clients’ brains, igniting and encouraging herding.

Swayed easily by alluring promises of easy returns, clients have an additional neural motivation to “follow the herd.” You only need to look at The CNN Fear & Greed Index or the CBOE Volatility Index (VIX), more commonly referred to as The Fear Index, to understand exactly how powerfully primal desires and emotions power the financial markets.

Take the case of Michael Burry, CEO of Scion Capital. Subsequently immortalized in the movie The Big Short, Burry made a fortune taking a hugely contrarian approach to investing in 2005. He made an “all-in” bet against the subprime mortgage market at the same time everyone else was still supporting it. While Burry kept his investors up to date with his strategies, their pain at being so at odds with the wider markets led them to stage a near mutiny in 2007, demanding the return of their capital. Burry refused. By 2008, he had earned them a remarkable 489% in returns.10 Even so, his investors finally got their way. And, despite such almighty returns, Burry shut down his fund in early 2008 and the “herd” got its way.

Clients’ evolutionary desire to herd may have ensured the survival of their hunter-gatherer ancestors, but to the modern-day investor it can stoke the flames of market bubbles, and cause them to lose out, ultimately, on long-term profits. So, what can they do to resist their instinctual desire to herd? Let me offer some basic, but important guidance:

Help clients resist the urge to go with the crowd. You have the training and expertise to understand the markets and are more skilled in resisting these kinds of evolutionary, primal desires. Many advisors report to me that they frequently have to talk clients into and out of decisions based on the herd mentality—or sometimes, the “heard” mentality—as in “I heard from so-and-so that…” You’ve learned not to have the same emotional responses to market swings and can help clients manage their natural responses with some rational advice.

Suggest clients delay making a decision. Clients should let their primal urges settle down, reducing any heightened levels of dopamine and other chemicals that are driving their behavior around money. Doing something as simple as taking a 20-minute walk can make an immediate difference and moderate their evolutionary response. Turning off social media and skipping over the “comments” section on financial new articles can help, too.

Managing one’s financial picture can be stressful, generating higher cortisol and adrenal levels. Knowing this about themselves—and that it cannot be stopped, only managed—is the most important step clients can take to short-circuit their hardwiring to herd.

2Cymbalista, F. (2003). How George Soros Knows What he Knows. Towards A General Theory of Reflexivity.

10(over the 8 years that the fund operated).

The views and opinions expressed herein are those of the author, who is not affiliated with Hartford Funds. The information contained herein should not be construed as investment advice or a recommendation of any product or service nor should it be relied upon to, replace the advice of an investor’s own professional legal, tax and financial advisors