Why Many Couples Stumble in Retirement (and How to Prevent it)

If couples don’t discuss their individual visions for retirement and their visions are out of alignment, problems can begin to surface. As an advisor, you’re in a unique position to help couples start the conversation. 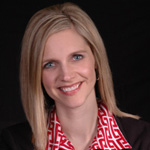 Bill and Beth were a couple in their late fifties already imagining their retirement. They worked hard for decades and had saved enough money to continue living comfortably. Both were excited at the prospect of leaving their high-pressure jobs, and they looked forward to endless free time they could spend how they wanted, where they wanted. Bill couldn’t wait to spend their days fishing on the Chesapeake Bay and playing golf together. Beth was already researching places to visit with her travel group on the Italian Riviera.

Retirement was going to blissful.

But when Bill and Beth finally retired, reality was far different than what they’d imagined. Beth wasn’t fond of Bill’s idea of fishing and playing golf. And Bill didn’t see the need to fly all the way to Europe to have fun. This retirement-vision mismatch created tension in their relationship, and they spent more time apart than they did when they had demanding jobs.

Likewise, many couples don’t openly discuss their individual visions for retirement with one another. For most, that’s okay—they glide into retirement and their visions seem to mesh. But for others, like Bill and Beth, they discover how different their visions are late in the game, and cracks began to form in their relationship. As an advisor, you’re in a unique position to help.

First, Why Many Couples Don’t Talk About Their Vision for Retirement

The retirement conversation isn’t necessarily one that happens naturally—nor is it top of mind. During their working years, couples are preoccupied with careers, shuttling the kids or grandkids here and there, caring for aging parents, and enjoying their social lives. Little time is left for discussing retirement, an event that seems so distant when other priorities are vying for attention.

Individual clients may have hopes and expectations for an ideal retirement (or even an empty-nest phase), and so does their spouse. But each may be assuming their spouse knows what they envision for retirement, and that their spouse is on board. One might think, “We’ve been married for 35 years. How can he not know how much I want to travel abroad? And why wouldn’t he want that, too?” But they never talked about it.

Second, The Consequences of Not Having a Shared Vision

When couples first retire, they may be a bit surprised if challenges occur because of mismatched retirement visions—especially after presuming they were on the same page. Still, their differences may not seem like a big deal or reason for concern. They may think, “We’re still in the adjustment phase. We’ll figure it out.”

But eventually, these differences can become more pronounced and problems arise

Couples may become increasingly frustrated or irritated with one another. There may be disagreements about how each spends their time and money in retirement. If Vivian chooses to vacation abroad with her travel club and stay socially engaged, it would leave less time for Bill, who was left doing solitary activities because his social network was rooted in his career. They may wonder if they really have anything in common anymore, and struggle to find ways to connect.

If these issues aren’t resolved, the strain can intensify. Unmet expectations can lead to more conflict and resentment. Couples may become more emotionally distanced, either due to spending less time together or hardly communicating when they are together. They may drift farther apart as they pursue separate interests, and possibly even consider parting ways. They wouldn’t be the first. In the past 25 years, the divorce rate for Americans over the age of 50 has more than doubled.1

So what can couples do to avoid this problem?

Third, How to Start the Conversation

Knowing where to begin a retirement-vision discussion can be tough, but after counseling couples for more than 15 years, I’ve identified four critical areas couples should discuss and become aligned on as they get closer to a retirement and/or empty-nest transition.

We’ve designed a worksheet you can give to your client couples to help put the conversation in motion. It allows couples to rank their priorities and expectations within those four key elements, making it easier to develop and share their individual visions for retirement for the retirement transitions that lay ahead.

If Their Visions Deviate, Clients Can Consider Making Some Adjustments and Find Middle Ground

Based on their worksheet answers, if your clients’ visions are fairly aligned, it could indicate that they’re in for a pretty smooth transition, which is great. But is their visions are out of alignment, their transition could be rocky.

If their individual visions are significantly different, one person may feel their vision is somehow “better” than their spouse’s, and that their spouse should let go of their own expectations and give in to theirs. That won’t work. The goal isn’t about “negotiating” what one person gets at the expense of what their partner gets. It’s planning together as a couple for a life that’s satisfying for both of them.

Will a Worksheet Really Help My Clients?

You might be thinking, “Can my clients really know how things will turn out, even if they put in all this effort?” Based on my experience, couples who discussed these things ahead of time found the process to be much smoother than those who ran on assumptions.

Retirement may mean something different to each of your clients, and that’s okay—as long as they have a plan to make it work. It’s critical that your clients talk about their dreams and goals now, so they can work toward making them mesh later on. The sooner they’re aware of them, the more time they’ll have to work toward a shared vision for retirement.

Things to Remember to Get Your Clients Talking

Unspoken, out-of-sync expectations can create cause disappointment and frustration in retirement. It’s important to realize that planning for retirement isn’t a numbers-only game. Couples need to get on the same page by having explicit conversations not only about finances, but their dreams for retirement. Our worksheet can help couples jumpstart the discussion, and cover key areas for consideration when building an agreed-upon retirement vision that will be satisfying for both of them.