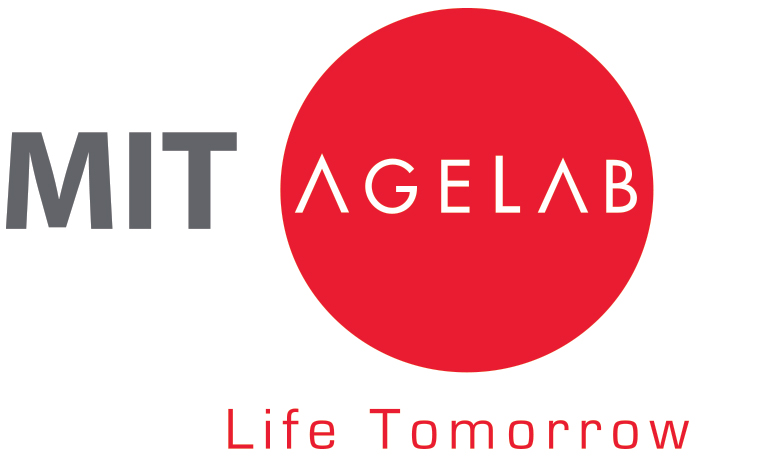 A hat—it was an indispensable part of wardrobes for centuries. Even if you didn’t want to wear one, you did. Then in the early 1960s, seeing one became a rarity. The hat went away. This disappearance represented more than a simple change in fashion. The story we told ourselves—how someone garbs and presents themselves in a public setting—changed almost overnight. Society chose to stop agreeing on one version of how things worked. Instead, it accepted that there could be multiple variations of what could happen atop a head. All of a sudden, there was a choice.

Similarly, clients have a choice about how they’ll age. They’ve been told a certain story of what aging should look like. And for a long time, they’ve bought into an “old age” story filled with leisure and relaxation. But what if clients’ thoughts about aging changed, like what happened with hats? What if one day, they woke up and realized things could change if they wanted them to? They didn’t have to live a vision of old age that was created years ago. Their later years could actually be anything that they want.

What we’re going to cover:

First, Where “Old Age” Came From

Society paints the story of aging adults with a single wide brush stroke—old. But aging unfolds differently for everyone, and old isn’t really anyone’s defining attribute, is it? That’s because those considered older are people of every conceivable variety: ethnicity, religion, sexuality, medical status, interests, political persuasion—and anything else you could name under the sun. Their identity is more than simply the number of years they’ve lived.

Who Came Up With the Concept of “Old Age” Anyway?

Our very notion of “old age” is made up. It’s a socially constructed, historically contingent, and deeply flawed idea. This narrowly focused narrative no longer applies to a majority of us—yet, our clients hear it often. It's a story that says older people should stop working, retire, and start relaxing. Many clients still agree to live it. So where did this story come from?

A Time When You Didn’t Retire

75% of workers 65 and older were employed in 1880. By 2016, that number had dropped to 19%. Why? Prior to pensions and Social Security, aging workers knew that if they stopped working, they’d have to rely on family for support. Or worse, they might have to move into an almshouse, where they could have possibly found themselves bunking next to some unsavory characters.

The Origins of Retirement

It wasn’t so long ago when a completely different idea of aging was taken for granted in the United States. Our current story of “old age” began in the second half of the 19th century. Though it was first told in a much different world than we live in today, it’s still the measuring stick we use.

The Union Army Pension, instituted in 1890, provided payments to American Civil War veterans and their wives when a recipient hit his 60s. Prior to its existence, retirement was not something aging workers looked forward to very much. It meant you weren’t too far away from death.

This pension provided the first indication that this norm might change and a subset of the population would voluntarily stop working before they were physically unable to continue.

A Problem to Solve

Society’s collective decision was to create a narrative in which there was a natural time for you to essentially get off the grid. For the younger people who were jockeying for your job, the notion was that only young, able bodies were needed to have a productive factory. Society was run the way you’d operate a mill.

Business, industry, and the government wanted to justify moving people out of the workforce to make space for younger workers, so they started to create things, such as an official retirement age. This is when there began to be a scaling back of work, typically in a person’s early to mid 60s. This worker mindset continues today for all occupations.

By the dawn of the 20th century, once you’d become visibly older, no matter your apparent health, no matter how sharp your mind seemed, all you could hope to do was withdraw and rest, saving your vitality for as long as you could. Crucially, you could no longer work; “old age” now changed you from an economic producer into a consumer.

As people started living longer, there were suddenly a lot more aging adults living on past their prime working days. The idea that this group is supposed to be consumers of ideas, work, products, and culture, but never producers of them has survived well into the 21st century. They’re always takers, never givers according to this story.

Aging adults now included people with time and money, so marketers created a desirable vision of leisure, travel, and retirement communities. And today, clients still want that, because there is no equally compelling alternative. Despite the fact that they're living longer and in more functional health than ever before, they've kept this story of “old age” going.

Because many clients can plan on two-plus decades of healthy life after they turn 60, full retirement is likely not going to arrive for a long time. Living 20 or 30 years after they totally stop working demands more than an occasional cruise or family visit.

Those who report positive well-being in retirement do far more than window-shop and sip coffee. They often work part-time, volunteer, or serve as mentors. Making such a world possible for more aging adults will demand a great deal.

Clients have to start thinking of aging differently, more expansively. Unfortunately, it’ll be a tough road ahead. Aging adults are a coveted target for marketers who want to sell their cure for “old age” over and over again.

Third, How Your Clients Can Create Their New Story

Good stories are constructed with five basic elements. These fundamental building blocks are necessary in creating a compelling narrative. The one you help clients write about the rest of their lives will be no different.

The protagonist of this particular story is your client, of course. So, how will this main character act? How they see themselves down the road shouldn’t be shaded by how someone a certain age acts or their perception of what a retirement person should do. They, and perhaps that significant other who may co-star in their upcoming story, can be whoever they want. The other people they know will play a continuing role in their life as their supporting cast. And they might meet new characters, too.

Where will it all take place? Is it simply a continuation of where your clients' current ones are set? Or do they make a break and set it somewhere else? They may want to move to that location they've always wanted to live. Perhaps, they'd rather stay in the same house and spot their tale currently takes place in. There is no right or wrong answer for this one. The only answer is the one that works best for them.

This may be the most difficult component because it could be completely different than the familiar one that they've been told. Maybe their life changes. Maybe it doesn’t. They can go on working as long as they want or need to these days. But when they begin to take more time for themselves, do they know what they'll want to focus on? It’s easy to follow what’s been laid out—but when there is unlimited choice, how do they choose what to do?

Every story has an obstacle the hero must overcome. Understanding the potential conflicts in your clients' stories will help you know what they must prepare for in the days ahead. Is it making sure they have sufficient retirement income to last the remainder of their lives? Will it be health issues that they have to tackle? Whatever those main struggles will be, help clients identify them to help move their narrative forward.

When this next chapter nears its conclusion, what will your clients have wanted to achieve? Are there places in the world they have yet to see? What else is on their bucket list that they want to make happen? Knowing their desired ending can help you work backward to help them piece together the path to get there. Helping them understanding how far they are from that point in their story is key to creating a compelling narrative moving forward.

Is There Anything Wrong With A Life-of-Leisure Retirement Story?

It’s a perfectly fine story for some clients. But it’s a problem if it’s the default story your clients are imagining about their future. Some retirees try a life-of-leisure retirement and experience a spike of happiness. Then they get bored and are ready for something new. Help clients realize they don’t have to live that the “old age” story they’ve been told. Help them create a new story for their future.

First, remember where the story of “old age” came from. Back in the late 1800s and early 1900s aging people worked ‘til they dropped. Second, the story of a leisure-filled retirement was created in the 1960. It’s been embraced ever since. Third, help clients think through the elements of their new story for aging: characters, setting, plot, conflict, and resolution. Then help them create their new story.

More Client-Friendly Resources on This Topic> 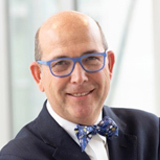 The most important thing about an improved old age will be the simple fact that it will be good to be old. Given life, liberty, and a variety of clear paths to happiness, late life will be fuller than ever before.
—Dr. Joe Coughlin

1More older Americans are working, and working more, than they used to, Pew Research, 2016. Most recent data available.