What Every Advisor Needs to Know About Hyperbolic Discounting and Why

Hyperbolic discounters make choices today that, in the future, they wish they had not. 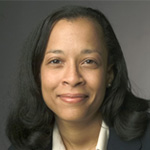 Two fundamental assumptions of investment theory are: 1) People are comfortable and capable enough with mathematics to figure out how much to save and invest, and 2) People have enough willpower to implement the relevant financial plan. Yet, you know as a financial advisor that neither assumption holds true. Most of your clients likely say they should be saving more, and they will tell you they plan to do so, but a large number probably never follow through. The question is: "Why?"

An example: Suppose someone were to offer you the choice between receiving $750 right now or $1000 tomorrow. $1000 tomorrow would seem to be the obvious choice. However, as the time delay between the $750 payout and the $1000 payout increases, the value of the extra $250 rapidly declines for most people. When given a choice between $750 today or $1000 one year from now, the majority of people (exponential and hyperbolic discounters) would take the $750 now. However, for hyperbolic discounters the devaluing effect diminishes over time. For example, most hyperbolic discounters who would select $750 today over $1000 a year from now, would choose to take $1000 in 10 years over $750 in nine years (even though the amount of time to wait for the extra $250 is the same — one year). That means, over time, the pattern of choices (preferences) follows a hyperbola.

Each client has their own valuation system for money now versus money later, and you will need to talk with them about various scenarios to determine their level of hyperbolic discounting tendencies. No matter how good a financial advisor you are, you will not be able to change people who are hyperbolic discounters, but you can help them. One way is by recommending financial commitment plans that can help a client commit to a financial decision now that they won't regret in the future . Things like direct deposit, automatic savings and investment, and automatic increase of continuing contributions are important tools that can help protect clients from themselves. These tools can enable your clients, who are hyperbolic discounters, benefit in the future from actions you help them take — and stick to — today.

The views and opinions expressed herein are those of the author, who is not affiliated with Hartford Funds. The information contained herein should not be construed as investment advice or a recommendation of any product or service nor should it be relied upon to, replace the advice of an investor's own professional legal, tax and financial advisors.