financial-advisors
Home > Market Perspectives> Inflation Post-COVID-19: To Be, Or Not To Be?

We spoke to two experts who argued the case for and against inflation in the near future, and what it means for investments. 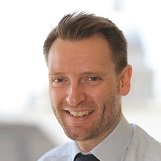 Abdallah Guezour, Head of Emerging Market Debt and Commodities, and Keith Wade, Chief Economist, discuss the outlook for inflation in the midst of the COVID-19 crisis.

Abdallah argues the case for inflation and explains why we could see inflation between 4-6% in the next five years.

Keith argues the case against inflation, seeing the lingering impact of COVID-19 keeping a lid on demand, and potentially causing a deflationary shock.

Both scenarios could have a major investment implications. They discuss the potential winners and losers.

The Case FOR Inflation

Q. What is the likelihood we will see a rise in inflation in the next two or three years?

Abdallah Guezour (AG): The probability of inflation returning in the next two to three years has increased significantly for three main reasons.

First, the current aggressive global monetary and fiscal easing is unprecedented and is likely to create inflationary pressures sooner rather than later. Money printing by central banks is sky-rocketing, leading to a record surge in the money supply globally.

The current aggressive global monetary and fiscal easing is unprecedented and is likely to create inflationary pressures sooner rather than later.

Second, the supply shocks from the US-China trade war last year have now been exacerbated by COVID-19 lockdowns—meaning less globalization or even de-globalization—which is likely to be inflationary.

Third, after a protracted bear market in commodities, and a collapse in oil prices, significant supply destruction is underway. Any signs of normalization in demand would increase commodity prices from their current historically depressed levels.

Q: Where could inflation appear first?

AG: Inflation could appear first in countries with currencies that have seen a severe devaluation, such as certain emerging-market (EM) countries.

An inflation scare could also start in the US. Broad US dollar strength in recent years has been deflationary. The US dollar has been supported by a favorable interest-rate and growth differential—both are now disappearing.

The Federal Reserve (Fed) is aggressively monetizing the US fiscal deficit. The US “twin deficit” (both fiscal and current account1) is on course to reach 20% of GDP this year. Dollar weakness would be inflationary for the US and globally.

Q: How does QE during COVID-19 crisis differ from that seen during the GFC?

Then, the money printed by central banks did not reach the real economy because it was used to stabilize a financial system on the brink of collapse.

The monetary policy transmission mechanism was broken at that time, and most of the money printed in the aftermath of the GFC ended in excess reserves of US commercial banks and also helped inflate asset prices.

This time, QE appears to be reaching the real economy—current money printing is directly financing government spending and supporting bank lending, as illustrated by the ongoing surge in commercial and industrial loans in the US. Such a surge was not seen during the GFC.

The current QE also appears to be open-ended and has become broad-based. A number of emerging markets are even now turning to some forms of QE. All these policies will soon become inflationary.

Global GDP-weighted consumer-price inflation has been within the 2-4% range and could initially move to a 4-6% range in the next three years.

Q: What level could inflation reach?

AG: Global GDP-weighted consumer-price inflation has been within the 2-4% range and could initially move to a 4-6% range in the next three years. The initial recovery in inflation will actually be positive for the global-growth recovery.

However, central banks and governments will not normalize monetary and fiscal policies prematurely. They will, however, need to do so eventually, if and when markets react to an inflation scare and/or fiscal crisis because of the massive build-up in fiscal deficits globally.

The Case AGAINST Inflation

Keith Wade (KW): The current shock is actually extremely deflationary. Demand is collapsing as a result of the lockdowns, causing prices to come down rather than go up.

The most extreme example of this is in the oil industry, where demand has dropped by around a third and the price of oil has collapsed. Recent worldwide inflation data has been very low, with a record drop in US core inflation and a sharp drop in the headline rate.

Lack of demand forces companies to discount their products—in many cases, they cannot sell them at all. As the economy begins to open up, things will improve, but we think companies will still discount quite aggressively. So, near term, inflation will be low.

To model inflation, we look at the spare capacity in the economy—the output gap—and the shutdown due to COVID-19 has generated a lot of this.

The current shock is extremely deflationary. Demand is collapsing as a result of the lockdowns, causing prices to come down rather than go up.

US unemployment has increased to nearly 15% and could increase further. In the UK, two million people have registered for benefits, and we see this all across Europe, too.

As these economies recover, people will get back to work, but the very gradual lifting of the lockdown means the recovery will be gradual, too.

We do not see the quick snap back that people had hoped for when the crisis started.

We believe spare capacity will persist and act as a downward pressure on inflation until 2021 and even into 2022.

Because the eurozone and Japan, in particular, had low inflation even before the crisis, we could well see periods of deflation in both regions. I feel deflation is a greater risk than inflation at present.

Q: What are the side effects of a lack of inflation and even deflation?

KW: Japan has spent much of the last decade trying to stimulate its economy and get out of deflation, which indicates how difficult it is to create inflation.

It requires a sustained increase in money supply to get inflation to come through.

At present, the increase in the money supply reflects borrowing by companies that are short of cash and trying  to survive.

At present, the increase in the money supply reflects borrowing by companies that are short of cash and trying to survive.

These are not companies borrowing to spend or invest, which would be inflationary. In this scenario deflation becomes an issue.

With a big increase in borrowing, if there is deflation, then the real burden of that debt increases, which weighs negatively on economic activity.

Q: Can the economy recover without inflation?

KW: Economic activity, in the long run, is driven by structural forces and shifts in demographics—such as innovation and technology—rather than inflation.

For instance, spending on healthcare will probably increase as a result of this crisis. We will see greater innovation, technology, and more recruitment, which will be a source of growth. This is already being driven by the increased demand from an aging population.

That is the classic process of economic activity—creative destruction created by different events— meaning some jobs are lost, but the economy reshuffles and moves resources to the areas where there is growth.

It is, however, very difficult to anticipate where demand will come from.

Q: In an inflationary world, which assets, sectors, or regions are likely to benefit?

AG: History shows us that gold tends to perform well during periods of higher inflation. Currencies of commodity-exporting nations, various commodity sectors, and resources equities should perform reasonably well too.

Emerging-market high-yielding bonds2 and equities, especially in those countries that could benefit from stronger commodity prices, could also be supported by the possible return of inflation.

Even a small rise in global demand could lead to a surge in some of those commodities, because they are trading at very depressed levels and they are generally under-owned by investors.

Government bonds might be the biggest risk, because yields are negative in certain developed countries or very low, with very limited-return upside potential.

Government bonds might be the biggest risk in an inflationary world because yields are negative in certain developed countries or very low, with very limited-return upside potential.

Even if we see a protracted economic slowdown, the performance from these bonds is likely to disappointing in the next few years.

Q: Without inflation, which assets, sectors, and regions could benefit?

KW: In a world of low inflation or deflation, you would want to hold fixed interest, government bonds in particular, i.e. safe assets. However, their yields are low so they are discounting a weak economic environment.

More broadly, in credit markets, some investment-grade3 (low risk) and high-yield bonds are of interest.

The focus should be on finding companies which are resilient and can perform well in this kind of environment. Areas of growth include the technology, healthcare, and biotech sectors.

A lot of companies will look to make supply chains more resilient—for instance, by building more robotics, bringing in artificial intelligence and using fewer people. In other words, bringing production back home in what is being called the fourth industrial revolution.

In a world of low inflation or deflation, you would want to hold fixed interest, government bonds in particular, i.e. safe assets.

Another general theme as well is climate change. Though this is quite different from the COVID-19 issue, you are seeking areas of growth and expenditure that will be sustained even through a deflationary environment. Climate change should see quite a lot of investment. Finding themes is key, as is finding quality companies positioned in the right place to benefit from that investment.

These innovations might restrict some of the trade within emerging markets, which still depend very much on global trade. Generally, I think that it is about searching for companies with more of a micro approach rather than taking a regional or geographical approach to this question.

Talk to your Hartford Funds representative about how to position client portfolios for inflation or deflation.

1 Current account: The sum of the balance of trade (goods-and-services exports minus imports), net income from abroad, and net current transfers. A country's current account is one of the three components of its balance of payments, the others being the capital account and the financial account.

Important Risks: Investing involves risk, including the possible loss of principal. • Foreign investments may be more volatile and less liquid than U.S. investments and are subject to the risk of currency fluctuations and adverse political and economic developments. These risks may be greater for investments in emerging markets. • Investments in the commodities market and the natural-resource industry may increase liquidity risk, volatility and risk of loss if adverse developments occur. • Fixed income security risks include credit, liquidity, call, duration, and interest-rate risk. As interest rates rise, bond prices generally fall. • U.S. Treasury securities are backed by the full faith and credit of the U.S. government as to the timely payment of principal and interest. • Investments in high-yield (“junk”) bonds involve greater risk of price volatility, illiquidity, and default than higher-rated debt securities.

The views expressed herein are those of Schroders Investment Management, are for informational purposes only, and are subject to change based on prevailing market, economic, and other conditions. The views expressed may not reflect the opinions of Hartford Funds or any other sub-adviser to our funds. They should not be construed as research or investment advice nor should they be considered an offer or solicitation to buy or sell any security. This information is current at the time of writing and may not be reproduced or distributed in whole or in part, for any purpose, without the express written consent of Schroders Investment Management or Hartford Funds.