The COVID-19 pandemic has changed the way we live and work. We ask fund managers Alex Tedder and Robin Parbrook what it means. 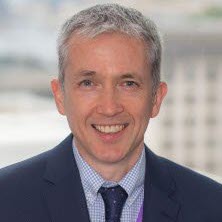 Alex Tedder
Head and CIO of Global and US Equities 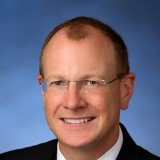 The world is currently looking very different. Many countries are in lockdown and the global economy is effectively on pause as nations seek to halt the spread of COVID-19. Economic trends such as home working and e-commerce are accelerating and “big” government looks set to make a return. To discuss these trends, and whether they will be temporary or permanent, we spoke to Alex Tedder, Head and CIO of Global and US Equities, and Robin Parbrook, Co-Head of Asian Equity Alternative Investments.

Q: Are we at a watershed moment?

Robin Parbrook (RP): Yes, we definitely are. I’ve been investing for more than 30 years, and in that time there have been two occasions where there has been a structural change that required a big reappraisal in how you wanted to invest, what you wanted to be doing, rather than just buying the usual stocks at cheaper prices.

The first was the Asian Financial Crisis in 1997-1998, which triggered a whole reset of the way the market functioned. One of the legacies was that Asian companies and consumers took on less debt because the shock from that crisis was so bad. The other big shock was the Global Financial Crisis, which triggered a massive change in monetary policy, such as zero interest rates and quantitative easing.1 As investors, we can’t just go back to thinking that this is a cyclical correction and that the world will go back to what it was before. This is going to be very different.

The relatively liberal capitalist order, with Adam Smith’s “invisible hand” operating the markets, is about to be replaced by a rather large bureaucratic government hand for many industries. However, in Asia, this is something that we have known for many years, as this is how China operates.

Alex Tedder (AT): I’ve been in the business long enough to remember the 1970s, the oil crisis, the Reagan/Thatcher years, and I remember all the subsequent crises that we have had since then, and they are all different. History does repeat itself, but it repeats itself in different ways. And that is where we are today.

COVID-19 is unprecedented, obviously, but the impact to the global economy is comparable to events in the past, such as the Great Depression. It’s different because we haven’t had a pandemic of this sort, at least since markets have been truly global in the way they are now. Governments across the world have been forced to intervene massively over the past weeks. I agree with Robin that big government, much bigger than before the crisis, will be a significant feature going forward, for better or for worse.

Q: What things are likely to change more dramatically this time compared with the Global Financial Crisis?

RP: It’s more an acceleration of trends that were already there, rather than a sudden change in behaviors. But the key one is big government, because the only way to get out of this hole is for governments to spend money. Obviously, that will have to be paid for somehow. This could be by printing money (quantitative easing), but higher taxes will clearly be inevitable.

The only way to get out of this hole is for governments to spend money. Obviously, that will have to be paid for somehow.

Office life and the 9-to-5 working week could come to an end. If not our children, then certainly our grandchildren, will think it very peculiar that anyone would get on a packed underground train at 8:30 in the morning to go to an office with 7,000 other people when you didn’t actually need to. Schroders currently has 98% of its staff working from home, and it’s remarkable how well the company is operating. Of course, this time around we have the technology to enable this different way of working. This couldn’t have happened 20 years ago.

AT: A lot of the changes that have been highlighted during the pandemic were under way anyway. The technology around communications, e-commerce, automation, remote healthcare provision—all these things were already starting to happen. The virus has acted as a catalyst and adoption rates have soared because we haven’t had any other option. We have had to use this technology, and it’s actually worked very well. For me, that is tremendously positive.

Q: What are the long-term implications of the current crisis?

RP: The near-term outlook is very deflationary; you can see that from the oil price. Obviously, the demand hit is huge. For example, Indian auto sales were down 100% year-on-year in April—the collapse in consumer demand creates a very deflationary environment.

However, as governments start to spend money, and in some countries this could be huge amounts, this will have to be funded. As there’s a limited amount that can be raised through taxes, many governments will resort to Modern Monetary Theory,2 a.k.a. printing money. When you go down this route, you ultimately start to see the return of inflation, particularly if that is combined with financial repression and capital controls.

Looking at the 1970s for reference, we can see stagflation (high inflation and low growth) isn’t a supportive investment backdrop. But equities should do a little better than bonds. It’s at least easier to spot the potential winners and losers in equity markets, regardless of whether inflation comes back. But in the current new policy setting, sectors such as banks, aviation, autos, steel, chemicals—anything where the government is going to get involved and stop companies laying off workers or restructuring—will struggle.

AT: I agree with Robin and think that a resurgence in inflation is likely at some point in the medium-term. For many investors and market participants, that environment is going to feel very strange. For the past 20 years, we have seen a one-way trend in inflation expectations. That is, downward in terms of interest rates and yields, and higher bond prices. It’s been an extraordinary monetary experiment that we have lived through, but if we are right about inflation, then rates will look different going forward. That will have major implications for all asset classes, including equities as well as for bonds.

I think that a resurgence in inflation is likely at some point in the medium-term. For many investors and market participants, that environment is going to feel very strange.

I’m not negative on equities, but I’m quite cautious on the outlook for many asset classes, including equities. We will certainly have to be selective as debt costs rise and cash-flow viability and sustainability becomes more important. Many of the losers that Robin highlighted will be very poor investments going forward, particularly if governments are supporting some of these areas aggressively rather than letting market forces do their work.

Q: Where do you see taxes going in the future?

RP: This is an easy one; they’ll be going up. Gasoline taxes could rise, particularly if oil prices remain low. The top-rate tax will clearly go up. The one thing governments are usually quite creative on is coming up with new taxes. We will all be paying more taxes. The days of CEOs paying themselves 300 times the average employee’s salary could also be over as well.

We will all be paying more taxes. The days of CEOs paying themselves 300 times the average employee’s salary could also be over as well.

Q: What implications will this new economic era have on investing?

AT: It has some pretty significant implications. There will be a divergence between areas where new technologies and business processes are being adopted—which will show very strong growth—and the areas that Robin spoke about, which will stagnate, particularly if governments support over-capacity in those areas.

If you take the process of automation, this was happening well before COVID-19, particularly in parts of Asia. I think that what will now happen is that there will be a rapid acceleration in the adoption of automation in areas that previously hadn’t been automated, such as the service sector. You will see a lot more embedded artificial intelligence than we currently have. This is something that I’m very excited about and something that is significantly underestimated by the market today.

The healthcare sector will also look very different going forward. It will become much more pro-active and pre-emptive, rather than responsive, and it will use technology much more both in terms of using data more efficiently and for delivering healthcare provision.

Q: Has the speed of the crisis changed your investment process?

AT: No, it hasn’t. If anything it has reinforced my investment process. On my team, it’s all about future growth. We call it unanticipated growth, which is growth that hasn’t been recognized by the market. We try not to get caught up in the short term and instead to focus on the longer-term implications arising from change, which as we know is constant.

We have been following the data from COVID-19 carefully and thinking about long-term trends, what they mean for society, what they mean for individuals, and what it means for companies and sectors in the future. That is something we have always done and will continue to do in the future. Right now, as mentioned, we see a lot of growth in new technologies across multiple industries.

RP: My process hasn’t changed either. What we analyze is long-term industry trends and how companies are adapting to these trends. What we don’t do is make a binary bet that inflation is going to go much higher in one year’s time. We concentrate on what we can get some insight on, which is what we have always done.

The only change we have been making, certainly with our investments in Asia, is making sure that we really understand balance sheets and cash flows, the debt on the balance sheet, how it’s structured, what the covenants are. And then ask yourself, if COVID-19 lasts for another 18 months, can this business survive?

You can access our latest timely insights at hartfordfunds.com/coronavirus

1 Quantitative easing is a form of unconventional monetary policy in which a central bank purchases longer-term securities from the open market in order to increase the money supply and encourage lending and investment. Buying these securities adds new money to the economy, and also serves to lower interest rates by bidding up fixed-income securities. It also expands the central bank's balance sheet.

2 Modern Monetary Theory is a heterodox macroeconomic framework that says monetarily sovereign countries like the U.S., U.K., Japan and Canada are not operationally constrained by revenues when it comes to federal government spending. In other words, such governments do not need taxes or borrowing for spending since they can print as much as they need and are the monopoly issuers of the currency.

The views expressed herein are those of Schroders Investment Management, are for informational purposes only, and are subject to change based on prevailing market, economic, and other conditions. The views expressed may not reflect the opinions of Hartford Funds or any other sub-adviser to our funds. They should not be construed as research or investment advice nor should they be considered an offer or solicitation to buy or sell any security. This information is current at the time of writing and may not be reproduced or distributed in whole or in part, for any purpose, without the express written consent of Schroders Investment Management or Hartford Funds.